The name Ruth Ellis may not be as familiar to you as Harvey Milk, but it should. Ellis, born in 1899, was the oldest living open lesbian and LGBT rights activist. Before she died in 2000, her life was documented in the film project, Living with Pride, directed by Yvonne Welbon. She came out as a lesbian in 1915 and in the 1920s she met Ceciline Franklin. They moved from Springfield, Illinois to Detroit, Michigan in 1937 and lived together for 30 years until Franklin’s death in 1973. During the three decades that they lived together, Ellis became the first American woman to own a printing business in Detroit and her home with Franklin became “a refuge for African-American gays and lesbians.”

Living with Pride: Ruth Ellis at 100 is being screened at the Art Exchange in Long Beach, this Sunday, starting at 5. Emerging LGBT leader, Carolyn Wysinger, is one of the key people responsible for putting together the screening.

Carolyn Wysinger is an activist, writer, and event coordinator, whose goal is to build bridges within the LGBT community. She earned her B.A. in English from California State University, Long Beach and her M.F.A. in Creative Writing from Antioch University. Organizations that she is involved with include: BUTCHVoices and Black Lesbians United. She is also active in the local Long Beach community as a member of the Leadership Long Beach Class of 2013 as well as a Member-At-Large of the Lambda Democrats.

Qulture writer Victor Yates spoke to Wysinger about the life of Ruth Ellis and Sistah Sinema as well as her community work.

Watch the video above to learn more about Wysinger and go to Qulture.org for more LGBT news and information.

Being a polysemic word, Pride means something noticeably different between members of the LGBT community. Whether it is getting the masses to sign a human rights petition, dressing in drag as a cultural protest, being able to safely hold hands with a loved one in public, or donning a colorful ensemble, these acts represent Pride. L.A. Pride is a smorgasbord of the above times twenty. It is the largest gathering of the LGBT community in Southern California.

The most attended event during the 2013 L.A. Pride Celebration was the parade, where more than a hundred organizations walked. The Pride festival, immediately following, held in beautiful West Hollywood Park, featured live entertainment on multiple stages, headline performances, various dance venues, and thousands of people. A nice addition to Pride this year was Momentum, a large-scale light and interactive installation in collaboration with ONE National Gay and Lesbian Archives, Impact Stories, The Mazer Lesbian Archives, The Lavender Effect, and The Colors of Compassion. Momentum was curated by INSTALL:WeHo, a queer art non-profit, .

In the video tour, I ask, “What is L.A. Pride?,” and hope to answer the question.

Interview with Out Trainer Octavio Pozos

“Perhaps all the dragons of our lives are princesses who are only waiting to see us once beautiful and brave,” wrote Rainer Maria Rilke in Letters to a Young Poet. The work is a collection of ten letters between the Austrian poet Rilke and a 19-year-old officer cadet seeking Rilke’s critical analysis. In the first letter, Rilke advised the cadet to shed his external obligations in order to expand his internal life. Rilke believed that inward concentration could help a new writer to become a great writer.

Octavio Pozos’ coming out story reminded me of Rilke’s advice to the young cadet.

At 17, Octavio’s parents found him showering with his boyfriend at their home in Mexico City and they forced him to move out of the house. Without other family members willing to take him in, Octavio moved in with his boyfriend and had to decide quickly on how to support himself. In a decision that would transform his life, Octavio decided to train to become a group exercise teacher. If his dragon was being kicked out of his family’s home and his parents not speaking to him for 10 years, then his princess is his success as a personal trainer. Octavio is also a professional group exercise instructor and has found great satisfaction in helping others improve their bodies.

Watch the video to learn more about Octavio Pozos.

In the past, it was important for me to believe others perceived me as someone who knew where he was going in life. Someone who had a good life, a good career, knew everything to know about the world; someone to envy or at least, have an intellectual conversation with. It was a cover to prevent people from discovering the real me, that I was  in the category of “other.” I’ll call that protection fear. In college, I learned that distance can help prevent people from getting to know too much about me and my experience leading into adulthood reinforced that: getting a new job in a new city, forgetting old friends to get new friends, not ever having enough time to call home. Distance and perfection, I carried them like hand guns.  I was so used to flaunting them, that they became my hands. Slowly, I learned to let go of distance, but perfection I had to hold on to. Perfection, in its own right, is truth and truth is incontestable, until proven false and nothing is false anymore, only less true. Today, the most important person in my life, just called me shallow. Now I don’t know who to blame: me, him, or the world. The world, as in, the idea of things; how men think, survival; the rules of effective communicate; multi-tasking in a post-digital area; being a good boyfriend.  A friend of mine worked at a national forest and had to learn deescalation techniques to take the fire out of heated situations.  She would mimic the escalated persons behavior and recognize their feelings. It always worked. Why aren’t their deescalation manuals ready and available at bars? At this moment, looking back, I never knew where I was going.

Filed under The Written Word

Tagged as a day in the life, Arts, black, california, Creative Writing, diary, dl, down low, fiction, For Colored Boys, gay black man, in the life, it gets better, lgbt, LGBTQ, memoir, poetry, short story, the art of writing

Kontrol Magazine Interviewed Me: Check it out 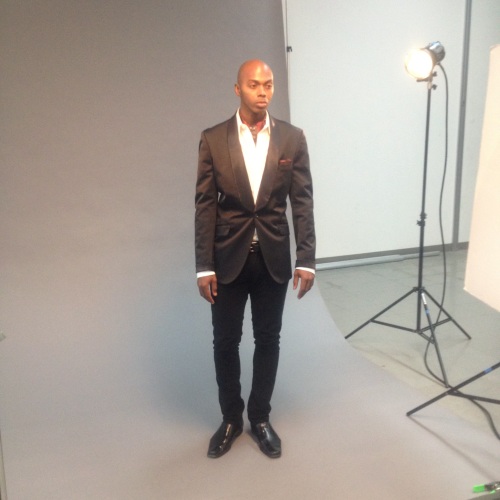 Kontrol is a lifestyle, fashion, and entertainment magazine, based out of Atlanta and features new writers and/or writing projects monthly. I am the new featured writer.

An excerpt from the interview is below:

Get to know Victor

Why did you choose to get involved in this project?

I wanted to be involved in the project, because I believe it is important to start having more open conversations in families where sexuality and/or sexual abuse are taboo. The book form is a great package to hand to someone and say read this and get back to me. Books make great gifts, for any occasion, and speak when people cannot. I know of so many households where kids, growing up, were not allowed to talk about being gay. Because if they talked about homosexuality, they were talking about sex and sex talks were a no-no. The feedback from the project has been overwhelming. Different readers saw themselves or found similarities in their experiences with specific pieces. I’ve had two readings in L.A. so far and people have come with their mothers or bought a copy for a relative with children. Someone even told me they were buying a copy for their job.

Read the full article at: http://www.kontrolmag.com/author-conversations-with-victor-yates-kontrolreads/

Filed under The Written Word

A Writer’s Year in Review

At the start of 2012, I experienced two major transitions: being accepted into a fiction writing program and moving from Long Beach to Inglewood. I knew the writing program would help me advance within writing, however I didn’t know what to expect. I had a publishing deal with a small publishing company, but I thought, why not workshop my book to get more eyes on the book. Their suggestions took the story from surface to being able to exist above the page. The story itself did not changed; I brought more of the contrast between race, immigrant life, religion, and identity out in front of the reader.

Beyond having breath breathed into my book, in 2012, I:

On New Years Eve 2013, with a group of friends, I wrote down on paper what I did not like about 2012 and I burned it. With each new piece I completed, part of me was afraid to branch out and take my writing career to the next level (writing for a major magazine and be able to freelance write/edit for other publications). The paper turned from white, to egg-colored, to ashes in the fire pit in East L.A. While watching it burn, I reflected back on other details of 2012: I learned that I would be working for LAist.com (for the Spring term) and I made it to the Semifinalist round for the Point Foundation Graduate Scholarship. Also that I got the courage to submit new poetry to four literary magazines and I pitched an article idea to Essence magazine. No New Year’s Resolution to lose fat or be a better person, I want to reserve all my energy into writing. And whether or not all of those opportunities fall into place, I will keep striving to become a better writer and be part of the writing community.

Filed under lgbt resources, The Creative Spark, The Written Word

Stay tuned for more information on the West Hollywood Library reading in June.

Filed under News, The Written Word